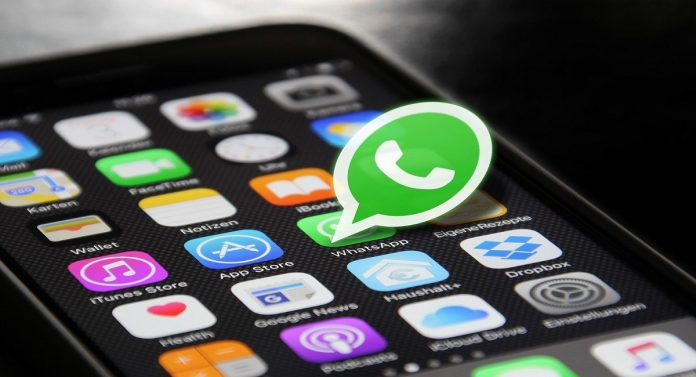 WhatsApp is in the news across the world.

The cross-platform American messenger service, which is owned by Facebook Inc., enables users to send messages, make voice calls, share images, etc. and has now gone forward by introducing the WhatsApp payment service in Brazil. The service would help the users to send money and even make purchases within the chat app.

It was not long ago, that in 2018 the organization started testing the P2P payment service in the South Asian country, India. After two years, they launched this service in another developing country, Brazil. 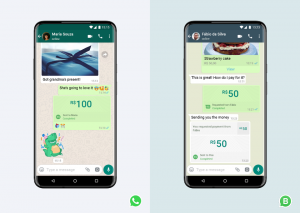 Why the gap of two years, and why all of a sudden?

The question popped into the minds of many people as the company announced the launch of its new feature on 15th June 2020, little did people know it is the right decision on the part of the company to grab the opportunity that many could not see.

Regulatory hurdle in India and move to Brazil

The company’s top choice for introducing this feature was for Indian users, as India has 400 million monthly active users, the highest in the world.

It was also testing this feature in the country for several months and was soon planning to introduce it to the Indian users, but the regulatory hurdle made them roll back their plan. The Reserve Bank of India disapproved of the in-chat digital payments. It strictly stated the payment feature could not be deployed in India, as the feature does did not meet the data localization norms of the country.

As Facebook, Inc. had already tested this WhatsApp feature in one of the developing nations like India, they could now understand the needs of the user in another developing country like Brazil, if not entirely.

The digital payment and pandemic

The other significant scenario, Brazil is the second most severely affected country by the current COVID-19 pandemic. With social distancing and lockdown, it has become challenging to execute daily tasks. People could not meet their friends, relatives, even if they stay near their place. With the introduction of this feature, sending money would be as easy as sending messages on this application to the near and dear ones. The company can then move on to the rich North American countries, after receiving much appreciation from the users.

In a Facebook post, Mark Zuckerberg also stated they are making the money sending process as easy as the message sharing process. The digital payments further enable users to make a purchase without leaving the chat.

Small businesses could earn good revenue during this pandemic, as the feature would help the users to make the payments with the purchase of their products. Thus, it would accelerate sales.

How can the feature be used?

The user has to link their WhatsApp count with the Mastercard debit card or credit card. They just have to enter the six-digit pin or their fingerprint (other biometric options), and voila the money gets transferred!!!

Although it does not charge any money from the user, the businesses have to pay a 3.99% processing fee for receiving the money from the buyer. While this news could raise eyebrows from businesses, the feature is a complete delight for the user.

The company plans to collaborate with new partners, including credit cards and debit cards.

The usual SMS service has been costly for most of the people in this largest South American nation; the arrival of WhatsApp was a massive relief for the population.

There are now more than 120 million users of this app in the country, so it’s not surprising why the company chose Brazil after it did not get permission from the Indian government to launch its payment feature for the Indian users.

Almost 96% of the population in Brazil who has a smartphone is known to be using WhatsApp for their first communication.

Salon, gym owners, and others are actively using WhatsApp to interact with their customers and schedule the appointment. The solution has completely revamped the interaction process that businesses and consumers used to follow some years ago.

In the present scenario, where governments are planning the right strategy to revive the economy, Facebook Inc, is offering the platform to small businesses to not only interact but motivate the consumers to execute real business transactions.

How could the new feature change for Facebook Pay?

Facebook Pay has been active in many nations, including the US and UK. The payment feature is the solution that is kept under a secured environment, completely silo from the other solution and parts linked to the Facebook network. The anti-fraud team is responsible for the secured transaction of the process. Its extra security feature also has the option of app payment passcode and the TouchID fingerprint for securing the transfer.

The company with this feature is looking to zoom ahead of its other competitors such as Square Cash, PayPal,etc., and now with its full integration in WhatsApp, it would increase the popularity of WhatsApp and outsmart the other P2P payment service providers.

The integration of payment in the WhatsApp

While Mark Zuckerberg plans to integrate Facebook Messenger, WhatsApp, and Instagram, to provide a unified experience to the consumer, the integration of the payment app into WhatsApp is seen as a huge milestone for the organization.

We are yet to see the feedback of the users in Brazil and the strategy of the organization in the coming years.

Facebook Inc. is all set to bring a consumer revolution. The new digital payment feature would make the consumer use WhatsApp very often. With the current crisis, where consumers are refraining from using the currency notes, the feature could open a whole new world of business opportunities for the organization.

Facebook Inc, is significantly betting on this feature to reap good business revenue, mainly from the small businesses driven by the increasing WhatsApp users.