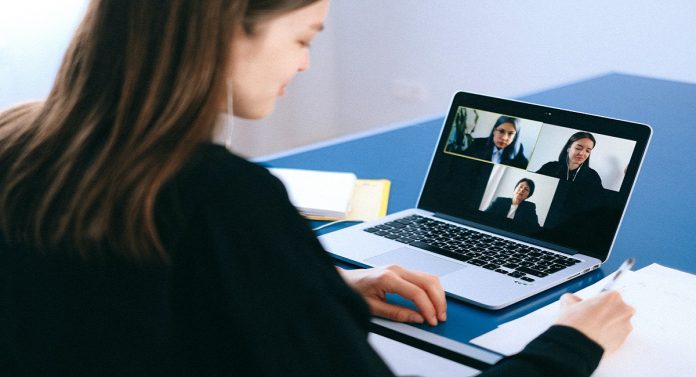 How about using a free video-conferencing platform?

The tech giant, Google has announced that it would make Meet, the video conferencing platform free for usage. Google has realized the importance of this service with the onset of the COVID-19 pandemic. The platform witnessed a massive number of users for using its video conferencing feature, after the lockdown was declared in many countries across the world.

Users having a G-suite account could opt-in for alerts for getting the notification and start using the platform. Google would also ensure to meet the requirements of the user, as the usage increases with the implementation of the free service; but from September 30th, Google has planned to reduce the length of the meeting to just 60 minutes.

Meet, the video conferencing platform is getting all deserved attention right now as it is providing the required facilities to the users to work remotely.

Google Meet and Hang out Meet

Google Meet was previously known as Hang out Meet. It only became Google Meet with the ongoing COVID-19 crisis, but the feature has not officially completely replaced Hangout from its products lineup. Meet has been integrated with Gmail for the consumer Gmail addresses and the G suite versions.

For the time being, the Google Meet feature is significantly helping the user to communicate with their co-workers and others across the world. It has been updated to support Gallery view putting participants in a single grid.

The changing dynamics at the workplace

The future workplace would look different from what it was before the pandemic. It might reduce the number of employees needed at the office. The open office space might decrease, with companies having to spend less on the infrastructure.

Offices across the world are also preferring the new concept WFH (Work from home). They are considering it as a viable option on a long-term basis. It is seen as an encouraging move for many, especially the women workforce who had to travel long hours to reach the office.

In such a scenario, the popularity of the video conferencing platform is bound to increase further. Google has recognized this opportunity at the right time and is already planning to reap the benefits with this free service strategy.

Zoom, another video conferencing platform, is also competing with Google and others such as Microsoft, Citrix, and others. The platform provides chat functionality along with the audio calls. It can be accessed from Apple devices, desktop, as well as the Android devices. Zoom also added the Zoom Esque expanded title view recently that would enable 16 people to display on the screen. The free version of the Zoom does not provide the landline numbers for the meeting purpose.

The company is even providing incentives and other deals for the same. Recently the organization captured Zeitgeist; this move has made its competitors wary of its motive to capture the growing video conferencing market. Both Microsoft and Google are keeping an eye on Zoom’s future strategy so that it does not capture any more of this lucrative and growing market.

Microsoft’s free version can be downloaded as a standalone service. The users can sign up for this service with the email address. To motivate its user, Microsoft is also providing a six month free trial of its Office 365 E1.

Google is analyzing all the above strategies of its competitor, and it is coming up with is own version of providing the video conferencing service to its increasingly growing users. Google is also providing the safety caveats such as that the user is not added to the meeting through the calendar invite by default, which differentiates it from Zoom. It also has an intelligent background that would help to filter out the noisy elements from the background.

We have to be prepared for a new structure at the organization, as video conferencing becomes a common practice across the world. With many companies also preferring the new work model, video conferencing would be the trend of the year.
Many organizations would soon join Google, Microsoft, and Zoom to provide better video conferencing facilities. The usage of this service would shoot up in the coming months, with businesses trying to make the hay while the sun shines.