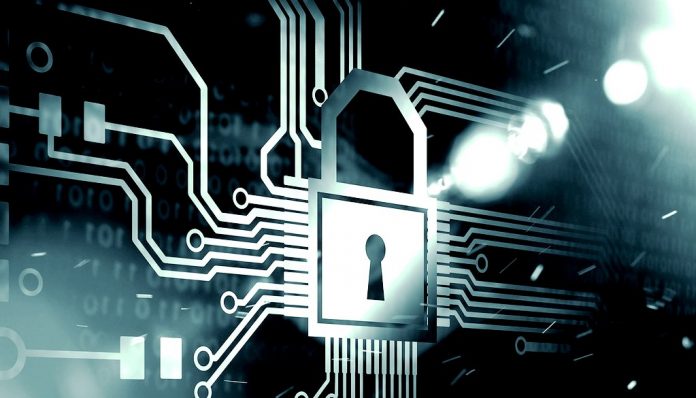 Knowledge is key, and this is especially true for security threats. In the modern world, we are often told to stay safe on the internet, especially considering our whole lives are on there, now.

There was a record number of cyber-attacks in 2018, which made many people crackdown on the attacks — especially those running businesses on the internet.

We have compiled a list of all the ways that can help you stay safe on the internet in 2019, with the top 5 internet security threats you need to look out for. Not only that, we give you suggestions on how to prevent them — it’s a win-win.

You’ll more than likely be aware of what cryptocurrency is, or at least Bitcoin. It’s safe to say that the value of Bitcoin is one of the most talked-about factors in cryptocurrency, especially how volatile it can be.

As of the present day, Bitcoin is worth about $10,080.  Many have predicted that this will grow.

However, considering the increasing worth of Bitcoin, there have been a few internet security threats to look out for.

When bitcoin was in its early pricing stages, “mining” wasn’t profitable. It required time, a fast internet connection, and serious electricity costs. When the price of Bitcoin rose, so did the value of mining. Why is this an issue?

More than 17 million of 21 million bitcoins have been mined. When more and more bitcoins are mined, the system increases the difficulty of the hashes that have to be solved. Not only that, but Bitcoin also cuts the number of coins awarded to miners.

With fewer and fewer bitcoins left, and fewer coins being rewarded for the mining many have tried to offset the electricity costs with malware. These scripts are installed, that run bitcoin mining software, disguised as legitimate programs.

In 2017, Pirate Bay was found to be generating revenue, all by secretly using the CPU power of millions of visitors to mine crypto. This was their way of reducing the number of ads of the pirated content for users.

This is a problem for all those who visit torrent sites, which makes PCs run slower and in some cases can actually melt smartphones.

Mining malware is so aggressive and leads to hardware failure, a drain of energy consumption, and infections on networks. Obviously, all of these things you would like to avoid.

Malware threats are quite challenging to detect and extremely complicated to remove manually. The cyber attackers target everything from the CPU cycles of computers, mobile devices, and web browsers.

We have to give it to the hackers — Ransomware is quite the profit maker. For this reason, it’s become a hacker’s top priority which makes it arguably the biggest one to look out for in 2019.

That being said, the number of recorded ransomware attacks has deteriorated recently, hopefully suggesting that it won’t accelerate much further in the future. We cannot be sure, though. Never let your guard down.

For those that don’t know, Ransomware is a type of malicious software that threatens to publish a victim’s data or block access to their accounts until a ransom is paid. Many times, they will receive a threatening email that reveals information or data that they would not ant leaking.

This is terrifying for all those that have been a victim, with many choosing to pay the money before risking contact authorities. As we said, ransomware has become a little stagnant lately, which might be down to investment and focus on preventing it.

We hope that Ransomware won’t explode in 2019, as it is one of the most traumatizing internet threats that an individual can go through. However, being aware of it, and investing in a concrete cybersecurity solution is essential to prevent it.

Phishing works in a bit of a similar way to ransomware— by stealing sensitive data from an individual. This can be usernames, passwords, bank details, or network credentials. This is worrying for anybody, but especially businesses.

Phishing is performed by a hacker posing as a legitimate institution, or individual. This can be done through phone or email and the hackers manipulate and use social engineering to achieve their goals.

Sometimes the scam is utterly shameless — with hackers posing as somebody looking for charity money. Victims will either click on a malicious link or willingly hand over their confidential information.

Most phishing attempts are done through email and will often begin with links that look legitimate — look out for spelling mistakes, or the use of subdomains if you are unsure.

Attackers have also corrupted legitimate sites, where they have created redirection pop-ups to a phishing website. Also be aware of any attachments in emails, even Microsoft office files or PDF documents. This can all install malware on your device.

Phishing scams have also targeted phone calls, social media, and text messages. Our best advice for you is always to be cautious and never give away sensitive information.

Remember, banks and legitimate businesses will never ask for your card details over email.

Botnets are defined as a network of private computers that are infected with malicious software and controlled as a group without the owner’s knowledge. Botnets most commonly send spam to other users, which you have more than likely experienced.

These cybercriminals will often infect and control thousands, even millions of computers. They do this so they can act as one vast “zombie network,” which is capable of delivering a large scale scam campaign. Your PC, Mac or smartphone can be a victim of this.

They tend to target the devices that don’t have security software or are quite outdated. It can lead to high internet bills, stolen personal data, and your accounts spamming others.

Susan Wagstaff, a system administrator for Top Writers Review explains: “The best way to avoid being a victim of a botnet scam is by installing a proper security solution. Also, ensuring that your software is regularly updated, and just paying attention to how your computer or device performs.”

Believe it or not, computer viruses and computer worms are two different things. However, both are threats that you need to be looking out for this year.

A computer virus is typically attached to a file or word document and finds its way into your system. The virus will remain dormant until the infected host file is activated — this makes it a little hard to track.

Once activated, the virus can cause damage and infect other documents on your computer. The consequences can be a little bit devastating, especially for businesses or students.

On the other hand, a worm does not need a host program for them to self-replicate and run. This makes it a little bit more of a threat. Once a worm has been downloaded, it can instantly make copies of itself and spread through the network.

These infections on computers can spread rapidly, and run the potential of completely breaking a device and ruining all the documents on it.

Hackers create these viruses and worms to infect vulnerable systems, and inadequately protected devices, to gain admin control and steal data. Sometimes this data can be a credit card or identity details.

How can a VPN help protect your computer?

A Virtual Private Network, or VPN, is a network that allows you to communicate through unsecured, public networks privately. In short, they help secure your data and keep you protected on the internet.

For example, when you work from home and then need to send over your work to the office — you can use a VPN to ensure that your work and the business are protected.

A VPN makes your network completely secure. In fact, it makes every single web session or website just as safe as major financial or bank sites.

A VPN will also mask the addresses of the users and protects a person’s identity. This poses a significant problem to hackers and those looking to track.

“A VPN is important because as you can see from the threats above, people want your personal information,” explains Spencer Haws, the Own the Yard creator and webmaster. “It doesn’t matter where you are, an unprotected internet connection means anybody is at risk of infection or a data breach. If you use a VPN, your transmissions are protected.”

We hope this gave you a little bit of information on what threats to look out for in 2019. This should be extremely informative, albeit a little scary, but should prepare you for just about anything that might come your way.

Make sure that you have security and malware protection installed on your device, and consider getting a VPN. You can never be too safe, especially on the internet.