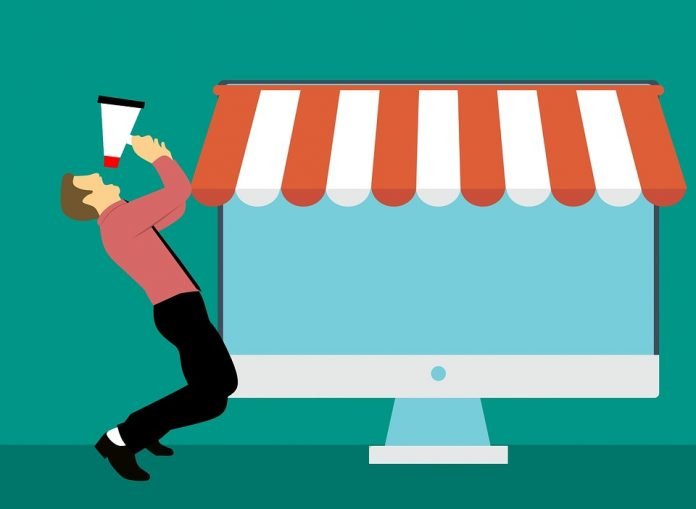 Well with over half of the world’s population using the internet (which is around 4 billion people), online advertising is now viral and continues to grow too.

Getting started: Advertising, a quick look back

We are all aware that humans once lived without being ever blasted by advertisements. But from several centuries, it’s been one of the primary sources to meet our basic needs.

It all began with the emergence of the first printing press in the 1440s and then the traditional adverting back in the pre-internet days. Those days, the advertisements were carried out via infomercials on radio, billboards, newspapers and then the television. The first TV ad popped up on screens in 1941, and this was the golden era when the whole movement became the vast part of society.

The advent of Digital Advertisements:

It’s more than 20 years ever since the first clickable ad was posted. Online advertising, also known as internet advertising started way back in 1994, in the days when AOL and dial-up connections were ruling the world of the internet.

The Ad by a telecom-based company AT&T, which purchased a little rectangular space on HotWired.com, saw 44% percent of clicks on it. This ad set a chain of reactions which altered the course of the online advertising industry.

Today, 30% of the US and UK marketers believe that in the next 30 years, robots will do as much of digital marketing that we do today.

Online advertising is perhaps the most important forms of marketing. The move from traditional to digital advertising has led to the rise of other motives and the ads today are mainly focused on brand awareness and community building through different forms of online advertising.

Here in the below section, we are going to address some of the popular forms of online advertising to help you determine the best for your business type:

As the name says, display advertising conveys a message in the form of paid advertising which typically uses images (visual ads) and text. It has evolved from ordinary banner ads to static images, landing pages, wallpaper, popup ads, flash, video, and others. Unlike text-based ad’s, display ads rely on elements like audio and video to communicate the message.

It is one of the creative display ads by Apple: Apple Music, which communicates the message to its target audience, even without having to speak about the product in brief.

Also, as Apple Music has already created a buzz in the industry, there is no actual need to make a big fuss over. The simple “Available Now” message will do all that is needed.

As per Cisco, online videos are to make more than 80% of the consumer internet traffic by 2020.

If any picture is worth a thousand words, then a video is worth a million. A video is more engaging, memorable and popular among consumers compared to any other type of content. Hence, online video advertisements are increasingly becoming popular, especially with the younger generation of consumers.

Video ads offer a wide range of opportunity to today’s modern consumers and businesses and are set to grow in more popularity in the coming years. Once the creation of a video, it can be posted on YouTube, Facebook, Vimeo, Twitter, and many other video marketing platforms.

This video by Dominos is one of the creative video, which is fun, creative and informative. Also, the video slogan “Hungry to be better” communicates its message to its target audience in a more fulfilling way.

As a consumer, have you ever wondered seeing an ad of the product that you were looking at a while back? It is because of retargeting. It is the recent and the leading advertising medium that gives businesses the ability to reach out to users who have been to your website. It adds a personalized experience and court users who have already shown interest in your product or service.

Remarketing uses the cookie-based technology to identify its followers who are going to be potential prospects around.

Social media is a platform that not just connects people worldwide, but also serves best for digital advertising. With over billions of users using Social media, its penetration word wide is ever increasing. It has been an enduring reality of online existence as is one of the most popular forms of online advertisements.

Here is a report from Smart Insights which explains the number of active social media users worldwide, as of Jan 2017.

SSM or Social Media Marketing involves sharing of digital content on various social media networks like Facebook, Twitter, and Tumblr, to reach customers from multiple region and industry to achieve marketing and branding goals. SMM involves posting text, images, videos, and others that drive engagement. In most cases SSM advertisements are free and are easy to adapt and accomplish marketing strategies, they are quick problem resolvers and lead to conversion & sales.

SEO is a process of getting traffic the organic, free, natural search results on search engines. As we know, the majority of clicks occur on one of the top 5 suggestions on the results page. If you wish to gain visitors to your web page or your online store, your website needs to appear in one of the top positions.

It is one of the best ways to get good social promotion of the site and in turn increase search engine traffic so that you are more likely to have customers and make more sales.

SEO advertising is a discipline focused on gaining visibility in organic search results. It is an aspect that encompasses the technical and creative elements needed to improve rankings, increase awareness and drive traffic through search engines.

Pay per Click, also called as PPC is an advertising model used to drive traffic to websites, where advertisers pay a nominal fee to the owner of the site (search engine) or a network when the ad is clicked. A search engine is the most popular forms of PPC and allows advertisers to bid for ad placement in the sponsored links.

Essentially, Pay per Click is a way of buying visits to your website, instead of attempting to earn those visits organically. In this format, the nature of keywords and the role they play in the paid search play an essential role. For example, if we bid for the keyword ‘’ and when someone searches for that particular keyword related to their business, the ad will show up on the very top spot on the google results page.

It is similar to display advertising but approaches from a different angle. Affiliate marketers are the ones who host ads for display networking or other companies which are known as affiliates. An affiliate marketer is responsible for building a compelling site, to attract customers, drive traffic, and retain a consistent audience to sell ads.

It is an excellent way of generating revenue through websites which don’t have a particular revenue source to sell a specific product.

Any business, whether it is established or fledgling will eventually take on the challenge of creating an online footprint, by either creating a website or having a social media account. So in the modern day of connectivity, having online advertising has become extremely important. So dwell into above mentioned online advertising strategies and be sure to generate a ton of momentum and success.