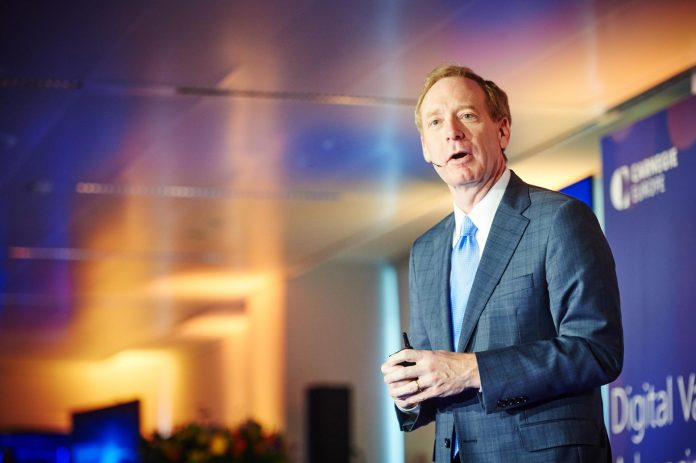 Microsoft is pressing for a Digital Geneva Convention to guard civilians and companies wedged in the crossfire of constant cyber war. Brad Smith, the President and Chief Legal Officer of Microsoft recently said that the governments should craft an international agreement to set Internet norms for countries to help prevent unjust targeting of civilians.

Brad wrote in his blog, “Just as the Fourth Geneva Convention has long protected civilians in times of war, we now need a Digital Geneva Convention that will commit governments to protecting civilians from nation-state attacks in times of peace.  And just as the Fourth Geneva Convention recognized that the protection of civilians required the active involvement of the Red Cross, protection against nation-state cyber attacks requires the active assistance of technology companies.  The tech sector plays a unique role as the internet’s first responders, and we, therefore, should commit ourselves to collective action that will make the internet a safer place, affirming a role as a neutral Digital Switzerland that assists customers everywhere and retains the world’s trust.”

Speaking at the RSA conference in San Francisco, the tech giant’s president also proposed for a neutral international organization that can examine and investigate government and state-sponsored cyber attacks. He called on private-sector technology organizations to pledge to protect users from all kinds of cyber attacks and never assist governments or states in carrying out offensive operations in the cyberspace.

The bygone year has been challenging in terms of cybersecurity, Internet freedom, and digital privacy. Governments all over the world have been increasingly seeking private social media information from tech giants. Few other incidents, such as the recent U.S. presidential elections in which Russia was accused of hacking U.S. electoral systems and trying to influence the elections are disappointing. Such incidences present a huge threat to freedom on the Internet and a digital convention putting a full stop to this could be a laudable move.

Pankaj is a content marketer at MarketingRound. He is a writer, marketing & technology enthusiast, a self-proclaimed TT Champion, and an avid movie buff