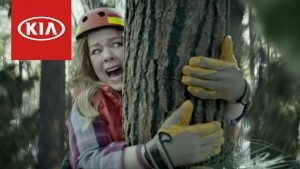 With the increasing number of viewers each year, the National Football League (NFL), popularly known as the Super Bowl, has become the high rated television broadcast in the U.S. As a result of its overwhelming popularity and rising viewership, it is the most famous stage for advertisers wanting to build brand awareness for their products and services among a wider range of audiences.

The use of superior quality cinematography, accompanied with interesting ad concepts, surreal humor, the inclusion of special effects and celebrity cameos have all added up to the success of Super Bowl advertisements so much so that even some viewers watch the broadcast, not for the game but to see commercials.  The big game’s commercial get equal pre-game hype as the league itself.

To leverage this platform to the fullest, companies are increasingly spending additional money to make their brand stand out in the crowd of commercials. Airing a commercial during the Super Bowl game is an expensive affair. Since the inauguration of Super Bowl I, the average cost of a 30-second ad has kept on doubling every year reaching to a height of $4.5 million by 2015.

When businesses are investing millions in publicizing their brand during the telecast of this event, they need to opt for a powerful and efficient content strategy so that they get favorable responses from it. A small mistake may end up in loss of huge investment made for few seconds of screen space.

Here, are five tactical ways that can help companies maximize the reach of their ad spend and dominate the stage of commercial displays at this grand event like a pro:

Your content strategy should not be crafted keeping in mind just a single event. With a 30-second ad, you should be able to connect and engage with the viewers not only for the time being but also it should be in their mind even after the game is over. Designing your campaign based on the match will have no relevance once it’s over. Remember, the broadcast takes place once in a year, but your brand should sustain through ages. And for that select a subject of the ad that remains relevant to the viewers even after the Super Bowl.

Leveraging the same strategy, Nissan in 2015 who then partnered with YouTube launched its first Super Bowl campaign, named #withdad. The campaign celebrated dads innovative ways of maintaining work and life balance and at the same time keeping their families happy. But, to present this concept, Nissan did not set football as the background. Rather, it centered around the related interests of football fans, like their interest in cooking and auto videos, comedy and movie content. All these information were based on YouTube searches of football fans. The ad became so popular that it was voted as the fan favorite in Youtube’s AdBlitz.

Be it a game or a party or spending time alone, beverages have always been the favorite companion. And this is well understood by beer seller, Budweiser, who is also one of the biggest sponsors of the event. Fighting for the attention among other beer, beverage, and spirit brand, Bud Light made use of the white space focusing on fandom while its competitors were found building strategy around players of NFL.  The beer brand gave its fans a chance to win an entry to the Bud Light House of Whatever at Super Bowl XLIX  by just going live with “Up For Whatever” messages found on their new Bud Light bottles and capturing their video there and uploading it to Instagram tagging @budlight.

By opting for this strategy, Bud channelized the emotional experience and feeling of togetherness of Super Bowl fans.

Based on statistics, it has been observed that brands with planned and responsive marketing campaigns have been able to keep viewers engaged with their product during the entire season of NFL. Waiting to publish the ad only on the day of the main event will not be a good choice if you are eager to be the first to capture attention. According to Google, TV ads published before the final day received more view and social shares than those brands who waited for the game to start to unveil their campaign, reports NewsCred Insights.

In lieu of being out-of-the-box and trying to do something different, something big, often brands end up investing in the wrong strategy. You know what the viewer want, what interests them and entertains them. Always experimenting with new things may not be beneficial. Try to stick to the ideas which are already working well for your brand.

Brands like Doritos consider their consumers as not just passive receivers of messages. Rather, an active part of the process of creation, production and distribution of content too. Their marketing strategies put consumers at the center, being able to leverage their creative skills and attention at its best. Doritos laid the foundation of their ad campaigns on an ongoing contest named “Crash the Super Bowl” which turned out to be the most successful marketing initiative in the brand’s history.