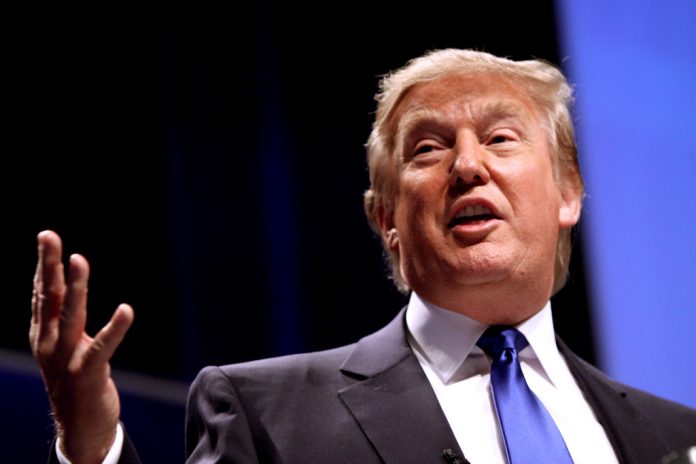 Love him or hate him, Donald Trump is the man we simply cannot ignore. He is a brand, and a massively recognizable one. Whether he becomes the next president of the United States is a debate for another day, but we must admit that he has made everyone around the world know that he exists and he has views that may not go down well with the masses. In fact, Trump is a sharp businessman who would be in a win-win situation irrespective of a victory or defeat in the presidential elections this year. Even if he loses, the residue from the elections will leave him as a businessman who is globally known and he can unlock new business prospects to embark on.

Now what makes him one of the most talked about personality who breaks the internet and rules TV debates is his dim-witted, ruthless statements and views that feed the media with sensational stories, spark controversies, and attract a lot of public attention which he desperately craves for. His marketing gimmicks, however wild or whacky you may call them, have established him as the game-changer in the American presidential elections 2016.

Talking about Trump’s popularity in the digital media, he is leading with 10.3 million Twitter followers and 9.9 million Facebook likes, compared to his rival Hillary Clinton’s 7.78 million followers and 4.8 likes. He has millions of users on Vine and Instagram too, and he also efficiently uses YouTube and Periscope. While many of us may not agree with his political stands, here is what we can learn from the rise of Donald Trump as a political brand which is hard to ignore.

A lot of people choose to go with the wind and mould their opinions to the opinions of the majority. Donald Trump on the other side stands for what he feels is right even if he gets badly slammed by his haters, political rivals and intellectuals around the world. For instance, Trump wrote in a book in 2000, that “Democrats want to confiscate all guns, which is a dumb idea because only the law-abiding citizens would turn in their guns and the bad guys would be the only ones left armed,” His opinions, if implemented may have serious implications, but he did have a valid point to make and he still holds his ground on the issue even after years.

Hard to say if Donald Trump is an empty vessel making much noise, but he has surely given people enough to discuss about him. He has adeptly used the digital media where a single spark can turn into a wildfire. Immigration is one of the prime concerns of the American citizens, and Trump has made sure to touch people’s pain points repeatedly. His monologue, “Make America Great Again” connects with people emotionally and has garnered him immense support.

Could be bitter truth to digest, but anything that relates to money, crime and sex sells. Trump has used all these elements very conscientiously. From repeatedly claiming he is a rich billionaire to his stand against gun violence, ISIS, or Mexico bringing drugs to America, he never shied away from touching issues that make news or spark controversy. The recent one being the leak of his wife Melania Trump’s nude pictures that went viral on the Internet. While Trump downplayed the incident calling his wife’s nude pictures as the work of art, who knows if it was deliberately done by his team to create some extra buzz as the election nears.

We always see politicians playing with words, beat around the bush, and often get away from serious discussions with their diplomatic answers. Donald Trump being an exception chooses to directly hit the bull’s eye and makes sure his message is received exactly as intended. Trump knows his rivals and voters well, he knows what segment of the American population might vote for him, and he ensures parking his message right into their minds. While handling his haters, he stands against anyone who stands against him.

We get to read a lot of negative news about Trump that shows media is in no love with him. His disrespectful comments against women, badmouthing, and inability to explain him on many occasions is not something that the press is impressed with. Despite all the negative coverage, his poll numbers do not show any damage. All publicity is good publicity is the doctrine that has worked for him so far.

While it is hard to predict who makes it to the White House this time, what we can learn from Donald Trump and his entire political campaign is that you may have an opinion which might get rejected or criticized by the masses. Yet, the ultimate goal of marketing is to put your message across and make sure it is heard and the noise is created. That is what Trump has been able to achieve and must be appreciated for.

Pankaj is a content marketer at MarketingRound. He is a writer, marketing & technology enthusiast, a self-proclaimed TT Champion, and an avid movie buff