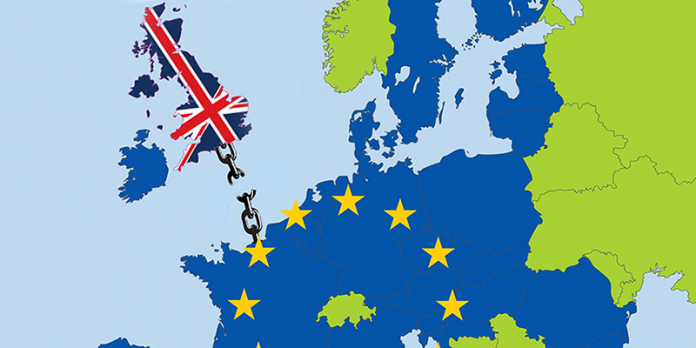 Political upheavals have always been the harbinger of economic crisis and market instability. Proving it true is Britain’s exit from the European Union (EU) – popularly known as Brexit – that has shaken the global economy, threatening investment and trade. Eyeing on what will be its aftermath, people of Britain have already begun to witness the turbulences beginning with a drop of 7.6 percent in the British pound against the dollar.

Britain’s vote to leave the EU has triggered a potential crisis — for Britain, for Europe and for the global economy. From Tokyo to London to New York, stocks were impacted massively on the very next day of its announcement, as markets reacted to the changing world order. Giving a detailed view of how Britain’s departure will impact world market, the International Monetary Fund unveiled a prediction that a Brexit could reduce economic growth by up to 5.6 percent in the coming years accompanied by severe disruptions in trade.

Brexit happened as a result of Britain’s concern about economic rationality and unease about globalization and trade that it has witnessed while being a member of EU. With the hope of establishing Britain as an individual brand, independent from European burdensome regulations and interferences, supporters of Vote Leave are hopeful about triggering innovation and boosting competitiveness in Britain’s market. Contrary to their thoughts are the opinions of the economists according to whom Brexit may push Britain into recession because of its loss of access to European markets which in turn may lead to decline in business investment.

Though the world has already started to taste the awful impact of Brexit, but for most of them the situation and its aftermaths are still uncertain as there is confusion and chaos regarding the future plans of Britain’s government and the leave process will take place. On the other hand, Europe who just began to recover from its economic downtime has again been put to a frame of distress and uncertainty. In a scenario when the world economy is totally plunged into turmoil and is exposed to unknown risks that are difficult to calculate, need for constructive and collaborative strategies becomes crucial.

Turning my passion into profession, I have been successfully penning down my knowledge and understanding in the field of marketing into creative pieces for quite some time now. Be it economic changes or emerging trends, my blog covers every nook and corner of the B2B and B2C industry.